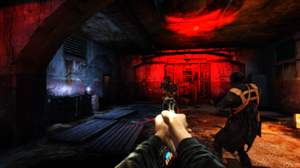 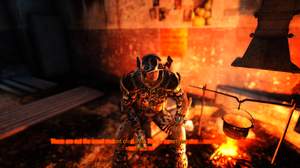 Thank you so much Euphoria for the kind words.

Even though this was uploaded nearly two years ago, I thought I should say thank you, and also write a quick review to tell people how amazing this is.

So firstly, thank you airo24 for making this, it massively improves an already awesome game. I wish I had this mod/preset when I first played through both Metro games.

Regarding the preset itself; the screenshots provided really don't do it justice. I looked at the screenshots and thought it looked over the top, but once installed it looks fantastic. The lighting is hugely improved: fires in a dark subway tunnel now actually look like a fire in a deserted tunnel - super dark areas, black shadows instead of vanilla grey ones, bright vibrant fire with a large bright glow spreading out from the source. I can't explain just how much of an improvement it is with words. Oh and I used this on Metro 2033 and Last Light Redux, it works perfectly on both.

Performance is hit pretty hard as you would expect from a lot of lighting features, SMAA, DoF and much more. I noticed around 25-30fps drop in the benchmark, so if you already struggle to maintain 60+fps, you will either need to reduce your settings or use a more basic preset, otherwise you will be dipping into the low-40s, maybe even 30s, which is not acceptable for a PC gamer.

My only complaint is the DoF. Don't get me wrong, I absolutely love DoF and a game having it is a big plus for me, but sadly the DoF in this preset simply does not work. It looks fantastic when walking around and exploring, it's immersive, eye-catching and amazing, but it completely destroys the gameplay due to when you ADS (aim down sights) it heavily blurs the iron sight and/or scope, plus it blurs the target you're aiming at even more. It's near impossible to shoot and be accurate, I found myself hip-firing 100% of the time, so I had to disable the DoF. A real shame as it really adds to the atmosphere of the game, but it just doesn't work properly.

In case anyone wants to disable DoF, here's how -
Just navigate to: :\Steam Games\steamapps\common\Metro 2033 Redux\ReShade
Now open file: McFX.cfg
Then locate (line 78) this text: #define USE_DEPTHOFFIELD 1 //[DOF]
And change the 1 to a 0, save and exit. It's that simple.

Overall, an awesome game (my third playthrough of both games) and hugely improved by this mod/preset.