I shall get on with it!
Scamfighter
ReShade performance issue (KoA)
Change User Name

Preset for RESIDENT EVIL 7 / BIOHAZARD 7
Created by Jodeth
Added Jan. 26, 2017
Updated 1 Feb 13:12 CET
Shader used: ReShade
Preset description:
If you don't use TAA, this preset is not for you. This preset aims to reduce the blur that's associated with TAA by sharpening the image. TAA does a great job at devouring the jaggies, but the blur is almost as bad as having the jaggies! This preset should help a ton. If your GPU can handle it, try turning up the resolution scale. That should help with some of the unwanted earthquake effect that's also associated with TAA. I spent 45 minutes trying to find the most pleasing values. If I find that it needs further tweaking, I'll make a V2 preset. -Installation- Download and install ReShade ver 3.0.6 or later @ https://reshade.me/ During installation, when it asks you about downloading shaders, say Yes and select only LumaSharpen. Download the preset and stick it in the RE7 root directory. Load up the game and follow the ReShade tutorial. -Alternative Installation- Download this .rar file and extract its files to your RE7 root directory. https://drive.google.com/open?id=0B4c1vuGdtJrCM01iTVlObmNaVUU EDIT: There's been a report of the game failing to launch when it's in fullscreen mode. Possible fix is to use borderless windowed instead. I haven't had an issue like this. Only issue I've had is the controls sometimes not responding after launch. Alt-Tabbing out and back in fixes this usually, but sometimes it doesn't. Kill the process via Task Manager and relaunch. That should clear it up. EDIT 2: If your game still refuses to launch, remove your current version of ReShade and try an older version. 3.0.4 has been reported to work in RE7.
Download preset Show / Hide settings
KeyLumaSharpen=145,0,0,0 Techniques=LumaSharpen [LumaSharpen.fx] pattern=1.000000 sharp_strength=3.270000 sharp_clamp=0.033000 offset_bias=1.000000 show_sharpen=0.000000 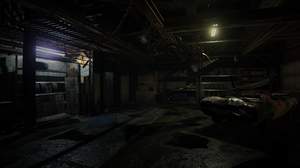 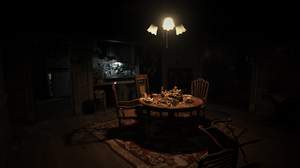 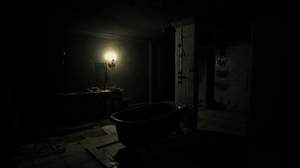 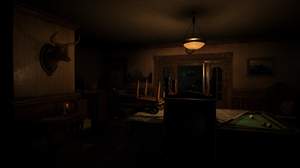 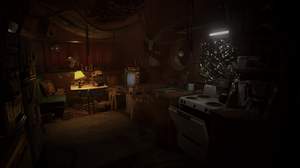 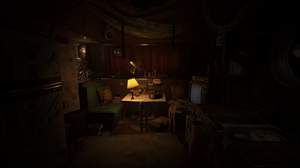 I regret adding a third post to my chain here, but I've figured something out that's worth noting for others:

At least ONE OF the issues with Reshade 3 not allowing this game to launch is if one has a third-party frame-counter running.

Since I last posted, I have been able to get Reshade 3.04 running with RE7, but only because I had Fraps disabled. With Fraps runnning, even Reshade 3.04 won't work.

So far, I have only confirmed this with Fraps. I have not confirmed it yet with Dxtory, or Bandicam, or the Steam overlay.

No thanks to Reshade's author.

I'm forced to give up on trying this preset. Any version of Reshade 3 installed into RE7 just refuses to launch the game on my system. Other presets using previous Reshade versions work, so eff it.

Btw, crosire should really bother to offer downloads for previous Reshade versions on his website, considering how often users have to roll back his work. Really annoying I had to spend 15 minutes looking for an archive someone else made.

Holy crap! Caio thank You so much! It does work with 3.0.4!!
Thank You all for help, and boy... Jodeth- Your preset is awesome!

@WingZero - Copy/paste mediafire link provided by Caio. There is list of reshades. You just have to choose 3.0.4 and download it.

Yup, this is a pretty damn good looking game out of the box. A little Lumasharpen is all I added too. GJ :)

And of course, thanks Jodeth for your preset !

The game is beautiful with original colors and Greenish tint. Some games need to have color adjustments, some don't. LumaSharpen is the only "correction" the game needs. So thanks Jodeth for understanding that and sharing your preset!

@Magic8ball I'm sorry it's not working for you. This problem is baffling. As a last resort, try an older version of ReShade, perhaps 3.0.4, as Caio suggests.

Good evening, I'm Brazilian and I'm translating on Google. I had the same problem running Reshade, I installed it and the game did not start. I found in the forum a repository with several versions of Reshade and I was testing, and version 3.04 worked in Resident Evil 7 !! BINGO !!! Follow the link!

Well I tried everything and nothing works. It's ok tho. Preset looks great so I hope that rest of You guys will enjoy what Jodeth did. As for me? RE7 looks AMAZING anyway(love the details!) IMO so I'm still happy;)
Cheers everyone!

If your game isn't booting up after installing reshade, try disabling any external fps counter you have running and also run the game as administrator. This worked for me.

Same problem as the others. Have a handful of savegames, tried all of the other options and no go.

The game won't launch with Reshade if you don't have a savegame yet. You have to play the game a bit without, until the main menu changes to the one with the casette recoder. Then install Reshade and it will work.
For me it was like this anyway.

@Jodeth
I tried that. Like I said I copy/paste all the files into RE directory but I can't launch the game.

how people are using reshade, the game refuse to work not matter what I do.
Borderless, manual install, nothing works for me. can someone figure it out please?

@Nuke Yeah. A bump in resolution scale should help reduce the effect. I use 1.2 scale and the effect is not very noticeable.

@Magic8ball The direct install has not been tested to work. I only assumed it would. Try the manual install.

Looks great but it's not working for me:(
I tried borderless window option, direct reshade install, copy/paste files install, etc. and game is simply not responding when reshade files are in game folder. Once I delete them it runs just fine:/

Looks good. But image have some earthquake effect when TAA is enabled

It works very well with SMAA too actually! Thanks for the preset!

yea its odd. But it works, and your preset is so dang helpful! even upclose its nice.

That's odd. I use fullscreen without a problem. I'll let 'em know anyway.

figured it out. the game has to be in borderless window, not fullscreen. LEt everyone know!

that didnt work either. weird. i really wanted to try this too

it works fine without it. i think its the newest driver causing issue, im rolling back to see if that works :D i will report back

@mynakedrat Delete the files dxgi.dll, dxgi.ini, dxgi.log, and the folder reshade-shaders. Launch RE7, see if it loads up normally. If it works, reinstall ReShade. If it doesn't, tell Steam to verify the game files.

@Paft You're free to see for yourself. I made this strictly for TAA.

Can you upload all the necessary files?

Which looks better, SMAA or TAA with your preset?